This growing season has been a tough one for my lettuce table. Normally by Christmas we are out cutting fresh leaves for salad every day. This year the hot – cold – hot temperatures in the fall made for some rough growing. I finally got the right combination of morning sun, umbrella shade in the afternoon and a weekly hit of a 20-20-20 fertilizer and boom! Lettuce for days. Weeks. Months!

As I was cutting the first good crop, I noticed black bugs on the leaves. Like a lot of black bugs. aphids to be exact. It dawned on me later that we’ve always had a praying mantis in the garden. He (she?) reappeared sometime in the fall and apparently she (he?) was working to keep the aphid population in check. But this year he/she didn’t come back so when the mantis is away, the aphids will play.

And play those little bastards did.

I want the lettuce table to be organic so I didn’t want to spray any pesticides.  I used an insecticidal soap which is safe for humans, but allegedly the aphids don’t like it and they should leave when you spray it. I swear to God, those little assholes laughed when I sprayed it on the leaves. I saw one pretending to take a shower with the soap while he laughed with his friends. All the while eating my plants.

When I gave my mom a big bag of lettuce, I told her to make sure to wash it well to get the bugs off. “Don’t worry.” she said. ” I just serve the salad with poppy seed dressing so in case I missed any bugs, you can’t tell.”

It’s amazing I came out as normal as I did.

Anyway. I decided I couldn’t take it any more and after several phone calls to local nurseries and Google searches, I found a retailer that would ship me some ladybugs asap. Ladybugs are natural predators of aphids and they won’t hurt my lettuce. Not to mention they are adorable. Yesterday when the little ventilated box arrived, it was like Christmas. No one should get this excited about a box of bugs…and yet there I was, sprinkling ladybugs onto the leaves of the lettuce saying go! eat, my pretties! eat them all!!! while laughing manaicly.

The kids were entranced by the hard work the ladybugs were doing – within an hour of being on the leaves, they were eating to their hearts content. Gone were the sounds of those little jerks laughing. Now all we could hear was the nom nom nom sounds of the ladybug lunch.

So delicious. Until you notice the bugs… 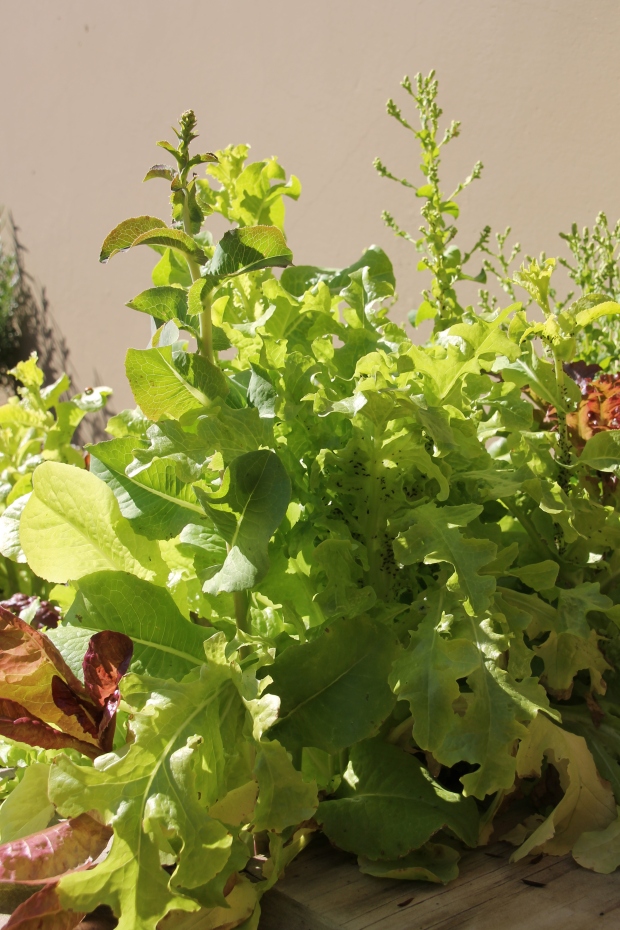 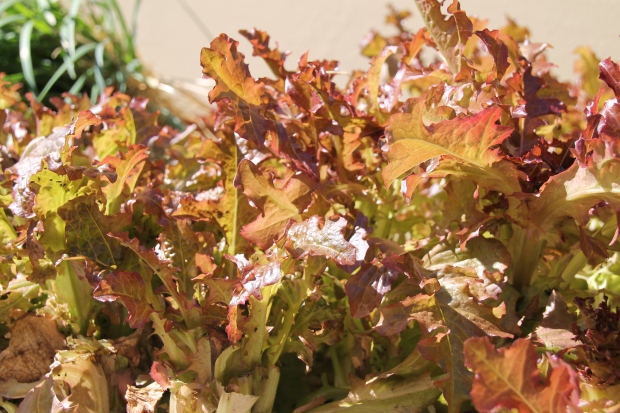 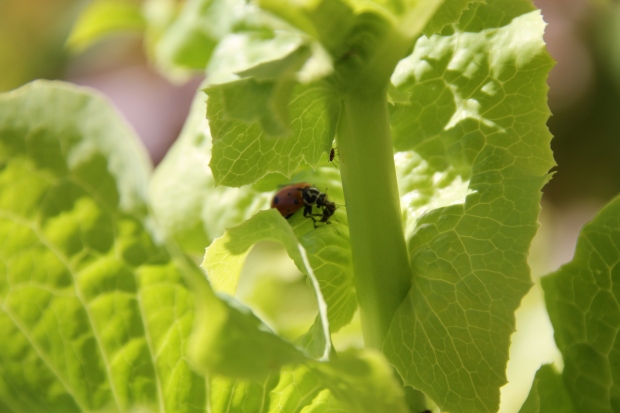 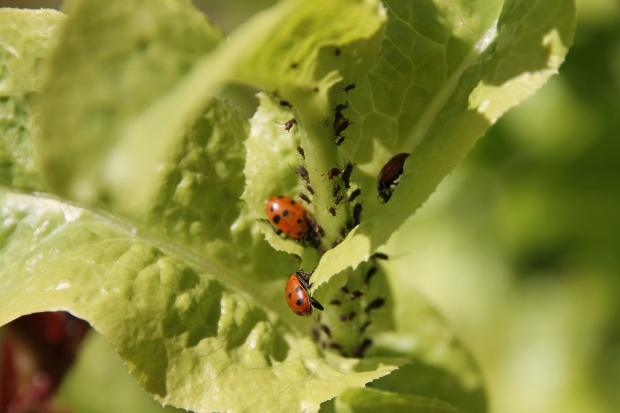