After a full week of a nasty little virus that left Baylor feeling well enough to get out of bed but not good enough to go to school, she is FINALLY feeling better. Fever gone and ear infection cleared up, she was back to school on Thursday. But after a week of constant cartoons, I was left with a little girl who felt better and yet was acting like a beast. She was constantly asking for cartoons and throwing tantrums when she wasn’t getting her way. Cut to me standing outside of church Saturday evening with a soon to be four year old screaming her head off because she didn’t want to sit quietly and I was threatening to leave her on the bench outside so I could go to mass inside. I decided that it was time for a digital detox.

I told PW my plan and he was on board;  no cartoons (except on runs…I get to be a little selfish). Sunday was rough. The harsh reality of “when you don’t listen and you act like a lunatic, you loose privileges and cartoons are privileges”  set in. We had friends over for brunch and Baylor was EVERYWHERE. It would have been so easy to turn on Sophia the First and get some less-interrupted time with our friends, but we stayed strong. By Sunday night, it was a game. She would ask half heartedly just to see what we would say. And this morning, it was a non event. She asked, I said no and we moved on. We did get a run in but even then, she easily handed over the Ipad and found something to entertain herself. I found her playing in her playhouse in the backyard and having a great time. I realized we were long over due for a cleanse. As the temperatures begin to really heat up, our outside time is going to be less and less. So giving her a reason to go outside, get bored and use her imagination is the best reason to turn off Disney Junior. Not to mention she’s a way nicer kid when she’s not hopped up on Doc McStuffins. 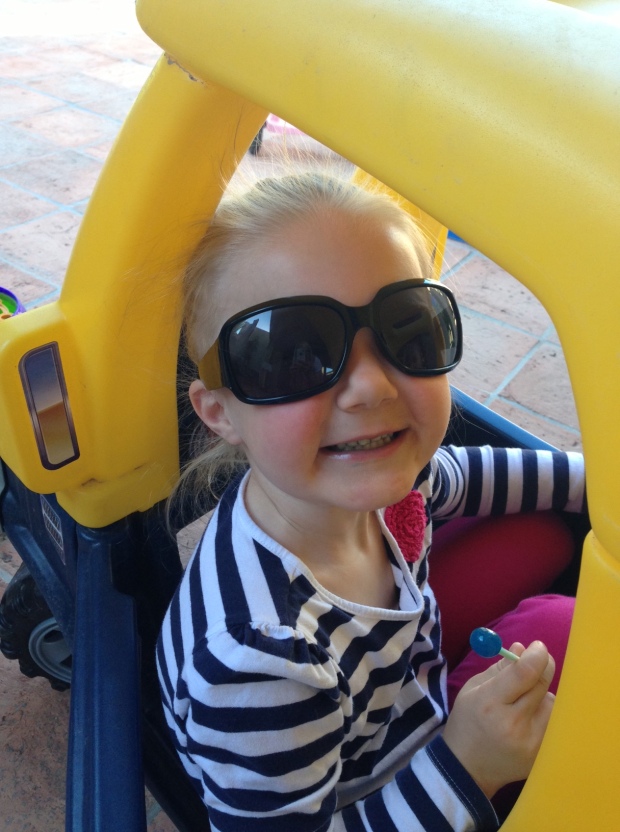